Licensed real estate agent Benjamin Ling has relocated to Canberra and joined the team at Ray White Belconnen having previously been a high performing agent in Bowral for over 10 years.

“I am very happy to have made the move to Ray White Belconnen. It is a rare commodity of a youthful, dynamic team paired with over 60 years combined experience.”

Benjamin will be focusing on residential properties in Belconnen – particularly Florey & Latham which are two areas he has circled out as an interest to him given their proximity to Westfield Belconnen, as well as quality nearby schools and shops.

“As a father of a young child these are the things that are important to me when deciding where we want to live” said Ling. “I am excited by the lifestyle that Canberra can offer my family and look forward to promoting the same benefits to buyers.

“It’s not often you have the opportunity to add someone of Benjamin’s experience and reputation to your team. He has a proven track record within the Ray White group and we are excited to add his skill set into our growing team.”

Benjamin can be contacted at the Ray White Belconnen office on 6173 6300. 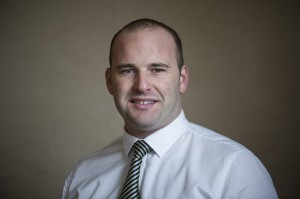